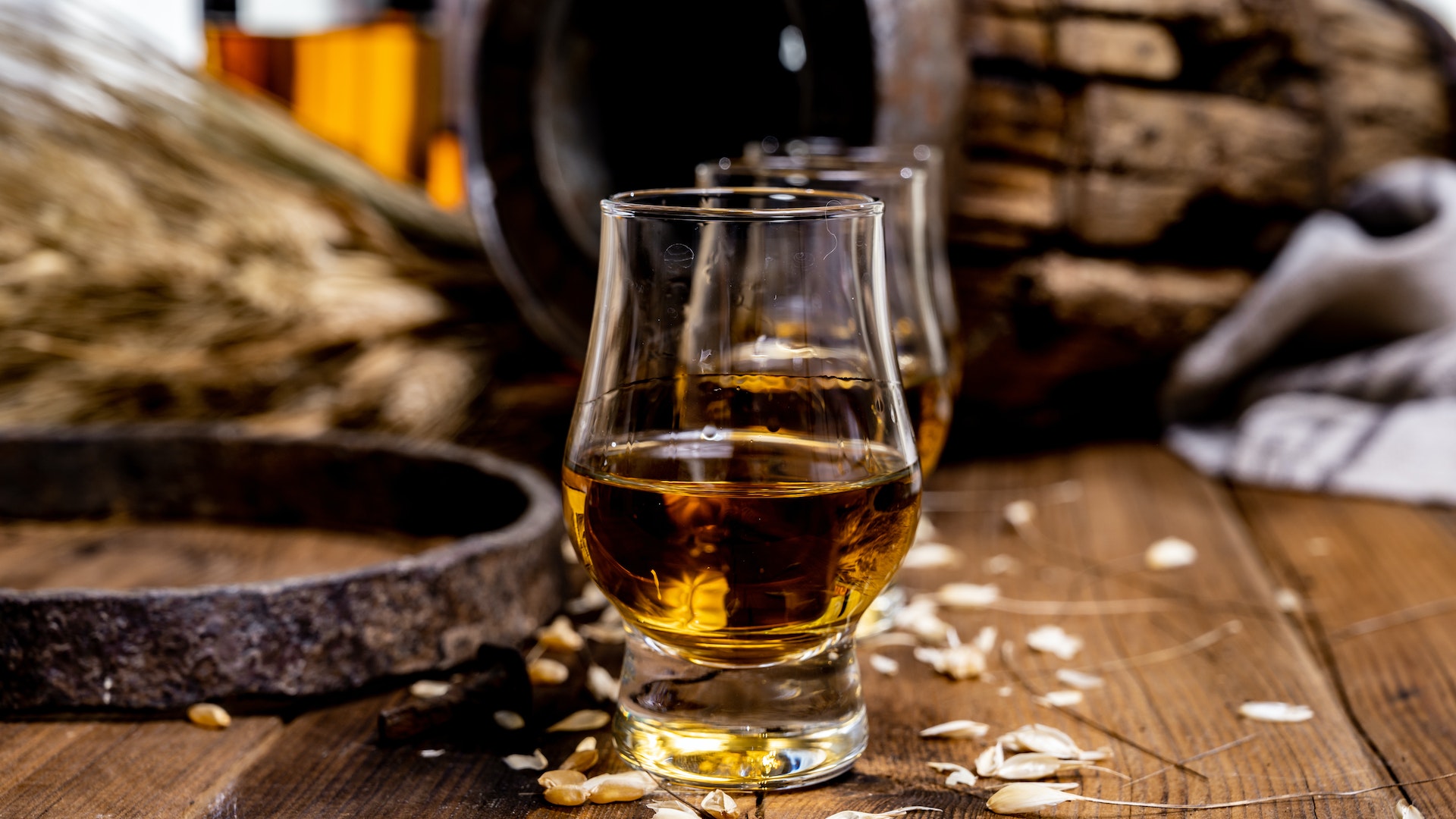 How Whiskey is Made

Brewing quality beverages including beer, wine, and whiskey has been a valuable skill for years. Using natural materials and time, master distillers follow special processes to turn corn, barley, wheat, rye, and rice into premium spirits. With all these different ingredients, it’s no wonder that experimenting with whiskey has become extremely popular.

Most of the world’s supply of whiskey comes from Scotland, with the next biggest producer being the USA, followed by Ireland and Japan. No matter where whiskey is made, all distillers go through the same basic steps. Here we will talk about each, why they are important, and how they contribute to the process overall.

The first step in the whiskey-making process starts with selecting the grain(s). A mash bill lists the grains, and their proportions, for each type of whiskey. For example, the mash bill for classic Wild Turkey stipulates 12% barley, 13% rye, and 75% corn.

Some mash bills are public knowledge, others are secret, and some are passed only from one generation of distillers to another. It’s not hard to obtain a mash bill for the most popular whiskey flavors.

After securing a supply of grain(s), the next step is malting or milling, depending on the whiskey.

Malted grain is a grain that has begun to sprout. Malting is an important step in how some whiskey is made.

Chemical changes occur within the seed when kernels sprout and the composition of the grain changes. The total quantity of fermentable sugars goes up and undesirable components, like proteins, get broken down. It’s a mandatory step in the distillation process and gives whiskeys their unique flavor.

However, malting can be tricky and methods vary depending on the recipe and the grain. In general, malting grain includes the following steps:

Processing often includes removing hulls or trimming sprouts. The malted grain is then dried so it can be milled. Master distillers know the exact moment to dry malted grain to retain maximum sugar content for the whiskey-making process. 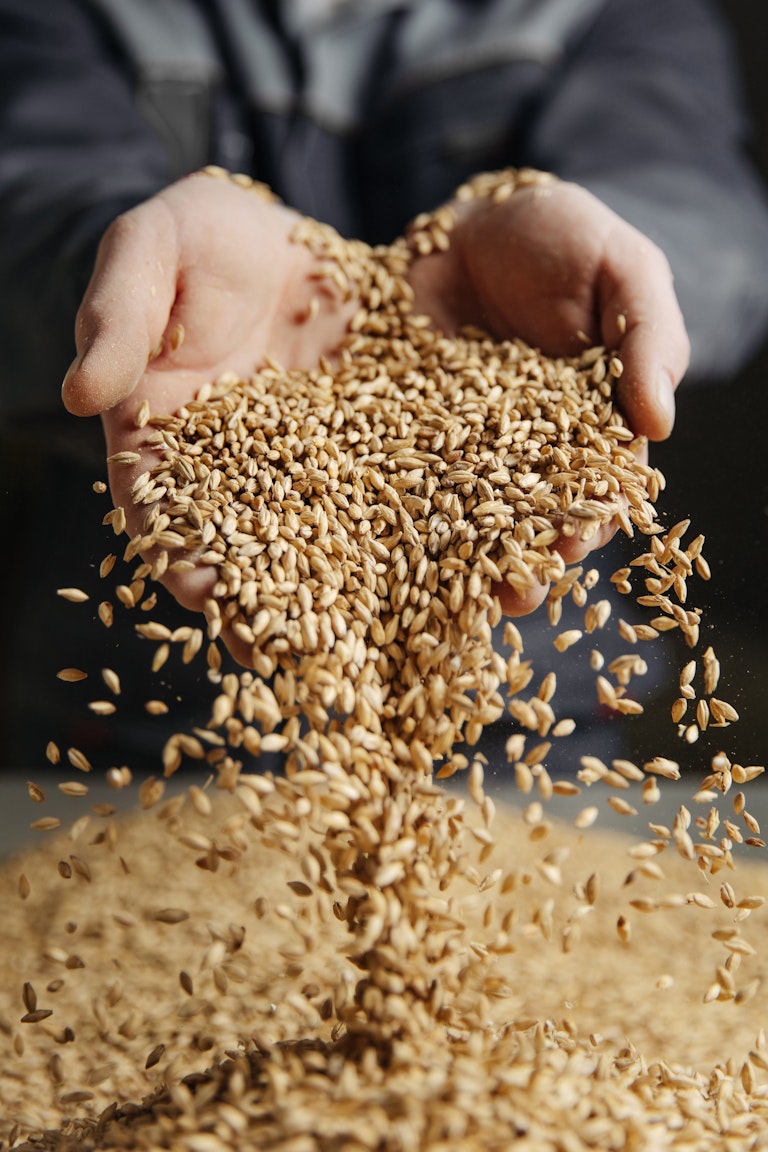 Milling is another important part of how most whiskey is made. It turns the grain into coarse flour and increases the total surface area of the product. Sugars, starches, and other compounds trapped in the kernel can fully interact with water and air. Commercial distilleries purchase pre-milled grain or use industrial mills to grind their grain. Smaller distillers and home enthusiasts mill grain with a mortar and pestle, a hand-mill, or a food processor.

Cooking the milled grain while stirring is called mashing. This process can be simple or complex since some types of whiskey may call for specific temperatures or special stirring.

For some whiskies, the cooked mash, or wort, needs to be filtered. Lautering is the traditional term for this process. Straining the wort removes unwanted particles of grain leftover from the distillation process. Like malting, lautering isn’t necessary for every whiskey.

Fermentation is a crucial step in how whiskey is made. It changes sugars into alcohol using an anaerobic process that requires no oxygen.

Yeast jump-starts fermentation. Bread yeast is used most often in homebrewing and small distillery operations, while commercial distilleries have their favorite yeasts and yeast blends that are specific to their whiskey-making process.

Fermentation vessels need to keep out air, but also need to be vented to let gas escape. Small distillers may use glass jugs and carboys, with a simple bubbler-style airlock. Commercial distilleries may use larger versions of the same, or complex, computer-controlled fermentation vats. Fermentation may take days or weeks, depending on the temperature and other factors, and is complete when the wash stops generating gas. 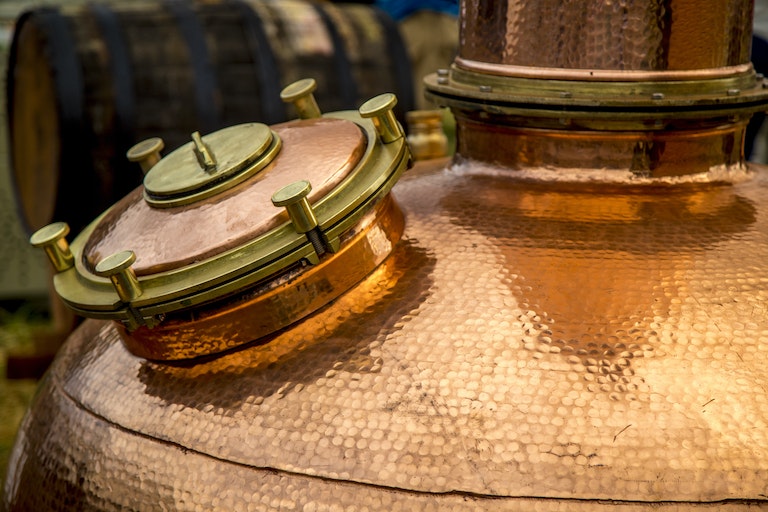 A still is a vessel that holds the wash during distillation. It provides a way to heat the wash, capture the steam, and condense it. The condensed material contains alcohol and impurities.

Commercial whiskey distilleries rely on a range of distillation processes. Some use little more than basic pressure cookers, while others employ multi-stage boilers and coolers. The material, size, and shape of the stills are also important factors since the quality of the whiskey that is being made depends on how these elements interact.

At this stage, the product has a very high alcohol content and may be called moonshine. You could enjoy it now, but it’s not whiskey. The raw alcohol needs to be proofed and aged.

Finished whiskey comes from aging in wooden barrels with a lightly charred inner surface. Many whiskeys require oak, but other woods may be used. Aging in oak barrels creates the familiar caramel color of fine whiskey. Simple sugars in the charred wood, plus compounds like lignin and oak lactones, add flavor. Aging takes three to five years for most whiskies, but some varieties can take longer.

Proofing is the act of measuring alcohol by volume, or ABV, and adjusting it. Whiskey with ABV between 40-60% will pick up desirable color and flavor. Whiskey above that range can leach unpleasant chemicals from the wood. Pure water is usually added to lower ABV to the desired level.

How Different Whiskey is Made

Variations in the whiskey-making process make a big difference in quality and taste. These differences are most notable in regional varieties. Famous representatives from around the world include: 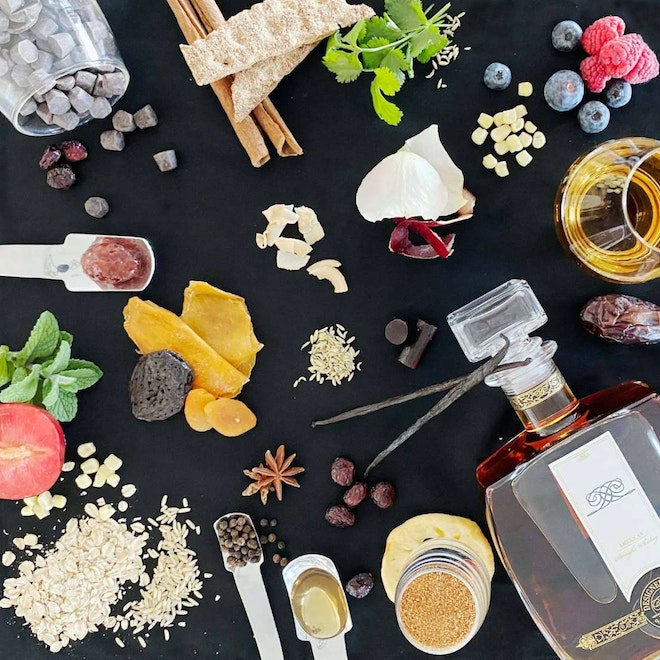 At Designer Dram, our goal is to help find the best whiskey barrel types to satisfy our customers, whether you’re looking for the perfect experience for yourself or as a gift for someone special. We offer a world of possibilities when it comes to whiskey creation with our Whiskey Builder and Experience Kit, providing you 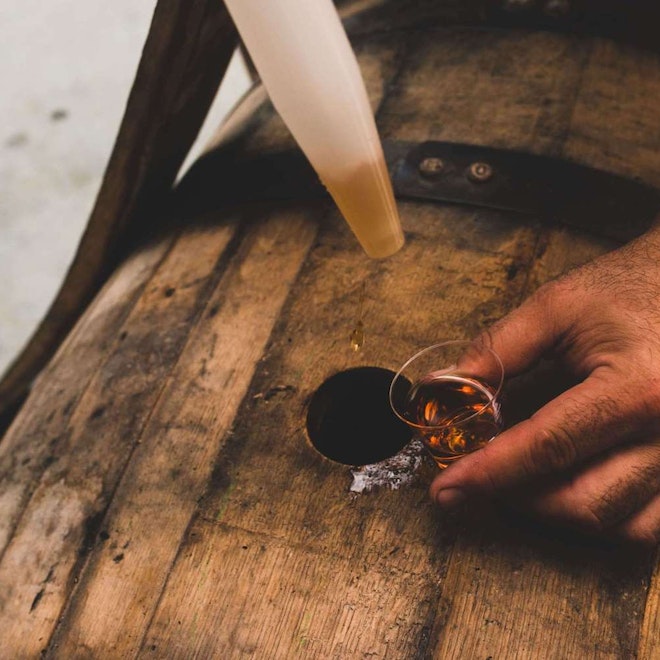 What Is Chill Filtration and How Does It Affect Whiskey?